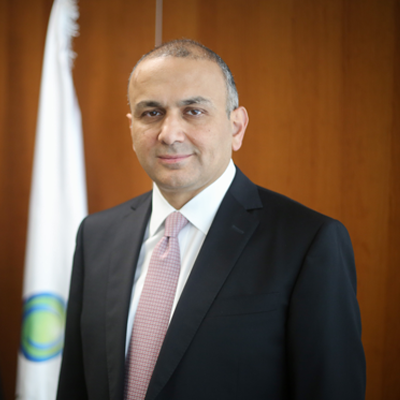 Mr. Ammar Aker is the Palestine Telecom Group CEO and a member of Paltel Group’s Board of Directors. Notably, Paltel Group is the second largest employer in Palestine (after the Government).

Prior to assuming his current position as Group CEO, he was the CEO of the Palestine Cellular Communications Co. Ltd., Jawwal, the first leading cellular operator in Palestine.

Mr. Aker is an active board member in a number of international, regional and local initiatives such as; Palestine for a New Beginning (PNB); The Palestine International Award for Excellence and Creativity; Mahmoud Darwish Foundation; in addition to the Amideast Advisory Board in Palestine. He is also an active member of the Young Presidents’ Organization (YPO) Palestine Branch and the Palestinian Businessmen Association (PBA).